A Castle In Harlem To Inspire

In the fall of 2019, pre-Covid, my life was taking on all kinds of change and I welcomed it all with open arms.  My first agency, where I learned some of my most important skills as a real estate professional was with with Bohemia Realty Group, led by the always supportive and encouraging, Sarah Saltzberg.  There I began to decide what it was I liked most to write about because it was the first time I was tasked with writing a blog.  The assignment seemed so daunting at first. Write a blog? About what? What could I possibly write about that I could put my personal spin on -that others might find entertaining and educational?

I was living and working in Harlem and by way of my electric scooter and a constant challenge of previewing all possible exclusive rental units that we listed- I was learning the neighborhoods within neighborhoods that make up Harlem.  Quickly I had some of my favorites.  In late 2018 I began to call Strivers Row home which came packed with great history and stories of its creation. My rental townhouse was truly a chance in a life time to live like a princess.

Everyday I would venture out and see a list of units.  On a good day I might see 7 or 8.  There was one particular building that brought me near the corner of 150th St. and St. Nicholas Place.  I literally stopped my scooter in its tracks and just stood and stared.  In front of my was nothing less than a castle.  I thought, what could this place be?  So I began to research.

I had written a blog about my own 19th century farmhouse in Orange County, but it hadn’t occurred to me that I could take that same passion for history and architecture and just apply it to homes that were prominent in my community.  And thus, my blog on the James Bailey House at 10 St. Nicholas Place in the Sugar Hill area of Harlem was born.  I was a little nervous that it wouldn’t interest people the way that it interested me, but so many people said to me, “I always wondered what that building was!”

The James Bailey House was completed in 1888 by circus impresario, James Bailey-otherwise known as “the house the circus built”.  He lived there for 14 years until he moved his family permanently to their “country home” in Mount Vernon. According to Michael Henry Adams as mentiond in Christopher Gray's Streetscapes; the neighborhood around the Bailey House did not develop the way that James Bailey had imagined and he opted for the more “country” atmosphere.

What he left behind was a 9 bedroom 8250 sf house (not including the sub basement) -with some of the most stunning mosaic stained glass windows ever seen (rumored to have been designed by a cousin of Louis Comfort Tiffany, Joseph Burr Tiffany, but actually designed by Henry Belcher who's work from the Belcher Mosaic Glass Co. is extraordinary )- and complete with turrets and tourelles.

Well, why am I writing about a building in Harlem you might ask?  A few weeks ago, I received an email from the current owner of the Bailey House.  It seems he discovered my blog about the majestic structure and he and his lovely wife were reaching out to me to see if I’d like to come and see the inside of the mansion!  I grabbed Sarah Saltzberg (although no longer my broker, still a dear friend) and we made a plan.

From the time our hosts invited us in, until I gradually pulled myself away …my mouth was most likely agape at the beauty all around us.  The Spollens have owned the property since 2009 and what has been published before and what they confirmed is that the price did in fact start at  $10 million.  Martin and Jenny didn’t live far away and they were intrigued enough to learn everything they could about the house which actually included accidentally dropping in on the owners when they thought the old Funeral Home that occupied the space from the 50’s until sometime in the 80’s was still open.

Unfortunately, for most of the potential buyers who were brought into the house, the smell of many dogs living in the house-for many years-without being let outside was enough to turn them away.  Not the Spollens.  The more people who thought the project was undo-able the better. Even a massive hole in the floor on a lower level didn’t frighten them away and in 2009 they took on what can only be described as a labor of love.  There is little left of the odor they describe so graphically, but when we were shown the basement level-where the kitchen once bustled, but is now used as their private shop; we did get a whiff…because it seems that the upstairs floors were so saturated with urine that it seeped through to the ceiling of the basement.  (When I say basement-definitely think Downton Abbey!).

Each missing or broken piece of woodwork is researched for species and then duplicated-sometimes by hand with a chisel by Jenny’s cousin who is learning the art of woodworking and restoration one baluster at a time (Many of the spindles were literally chewed by the dogs while still in place).  The Architectural Era noted at the time of construction, “quartered oak in the two-story entrance hall where the polished floors held complex mahogany inlaid designs; black walnut in the office; hazel wood in the parlor and sycamore in the library” just to describe some of the intricate woodwork.

Jenny is a force to be reckoned with herself.  When the mason who was repairing their retaining wall had to go back to the UK…Jenny took it upon herself to rebuild the entire remaining wall.  Luckily, husband, Martin had insisted that the mason letter and number each stone and with that Jenny literally did the rest.  She also hung from a climbing harness to do much of the woodwork around the grand staircase stained glass and when a contractor told her it would be $8000 to build the necessary scaffold to do the rest- she decided to build it herself.

The house has been under restoration steadily since 2009, but there is still much to do.  Occasionally, the Spollens are lucky enough to share their property with TV and Film production and everything they make goes right back into the house.  Their dream is to restore the first floor as almost a museum which can be used regularly as a backdrop to lots of Law and Orders and to have space for family on the 2nd and 3rd floors.  Just recently (quite literally just days before we visited) Jenny had finished the Observatory room at the top which is just under the Widow’s Walk.  Each piece of missing bead board/wainscoting that lines the curved walls and ceiling has been matched with love.  From the windows in the atrium it does feel like you could see all of Long Island Sound.

Now back to the crux of the task at hand.  I have realized that my love of architecture and older homes is what also drew me to Palisades, Nyack, Piermont and all the neighboring communities.  I am going to pick up where I left off in Harlem – because this recent adventure has re-energized me!  If you own your own historic home and would like me to do a story for you- please email me!  Discovery of the beauty and history around us is my new blog goal!

If you are interested in reading more about what happened to the Bailey House between 1899 and 2009, when the Spollens purchased it, I invite you to read this blog which I used to learn so much about the property! 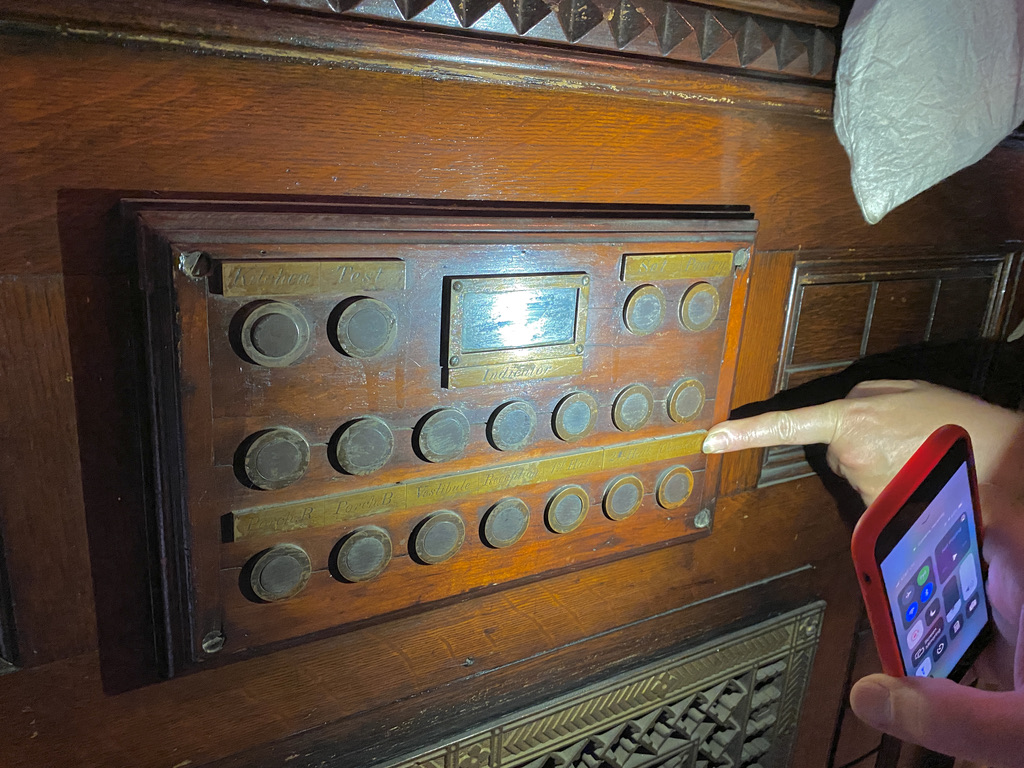 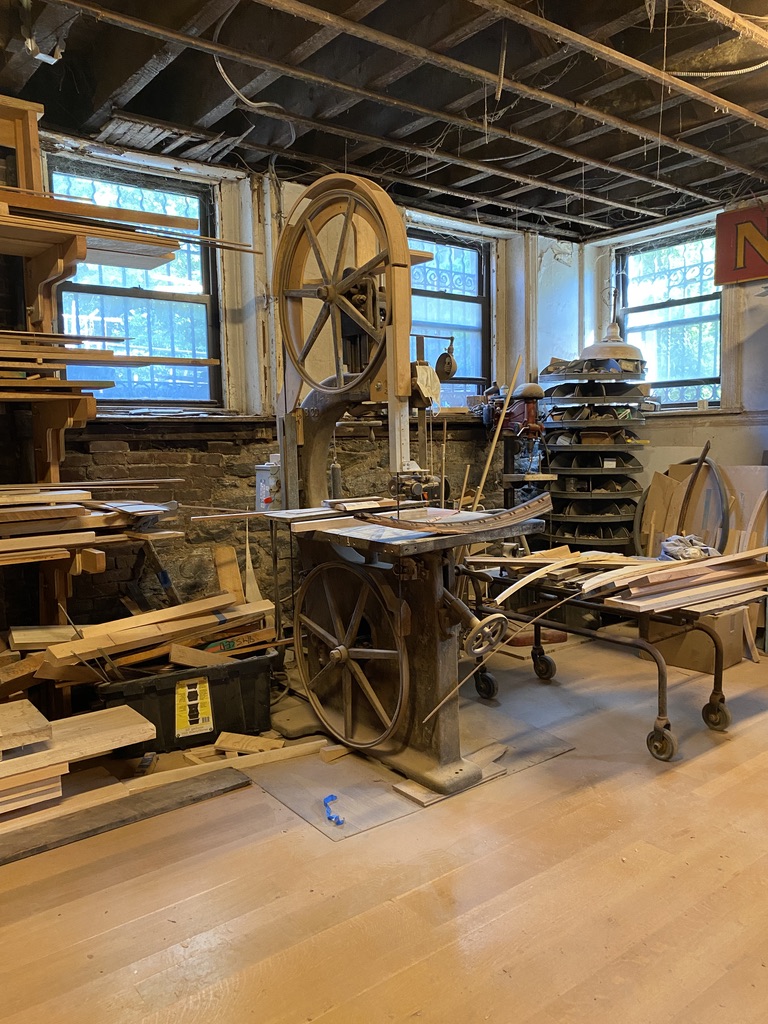 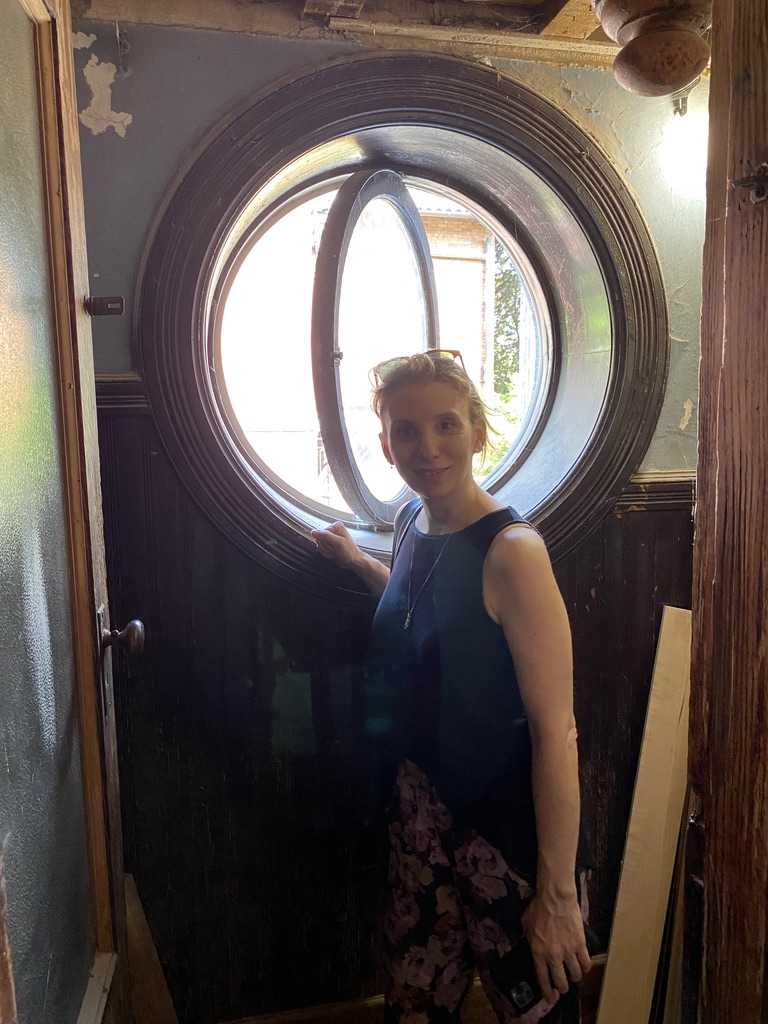 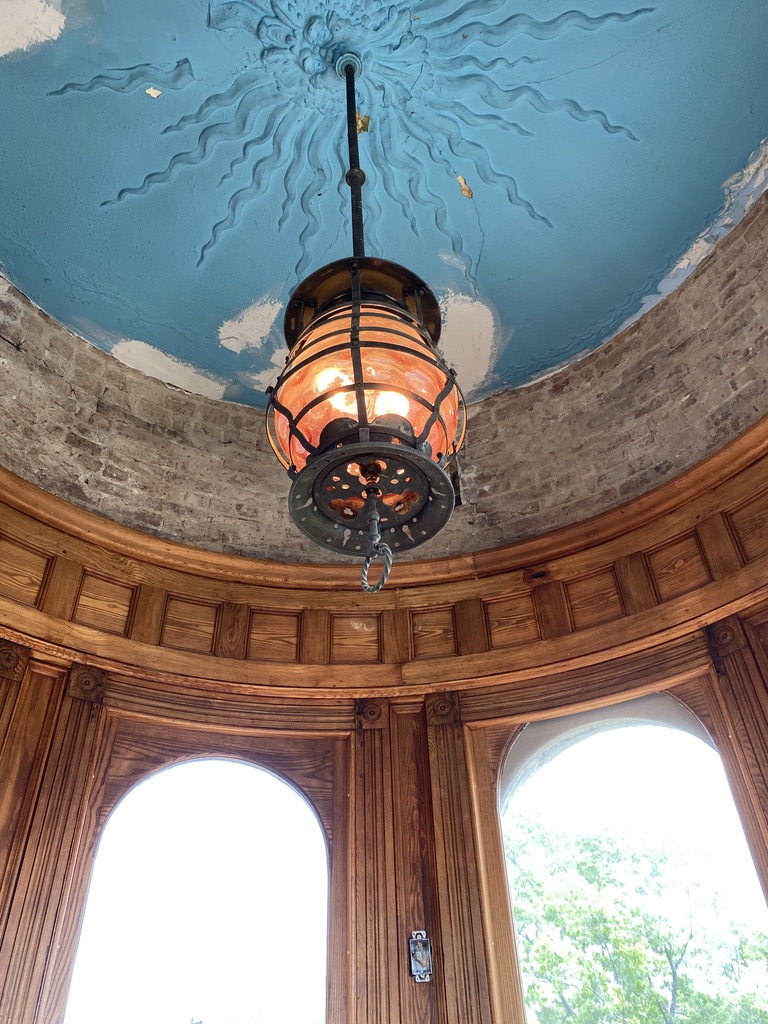 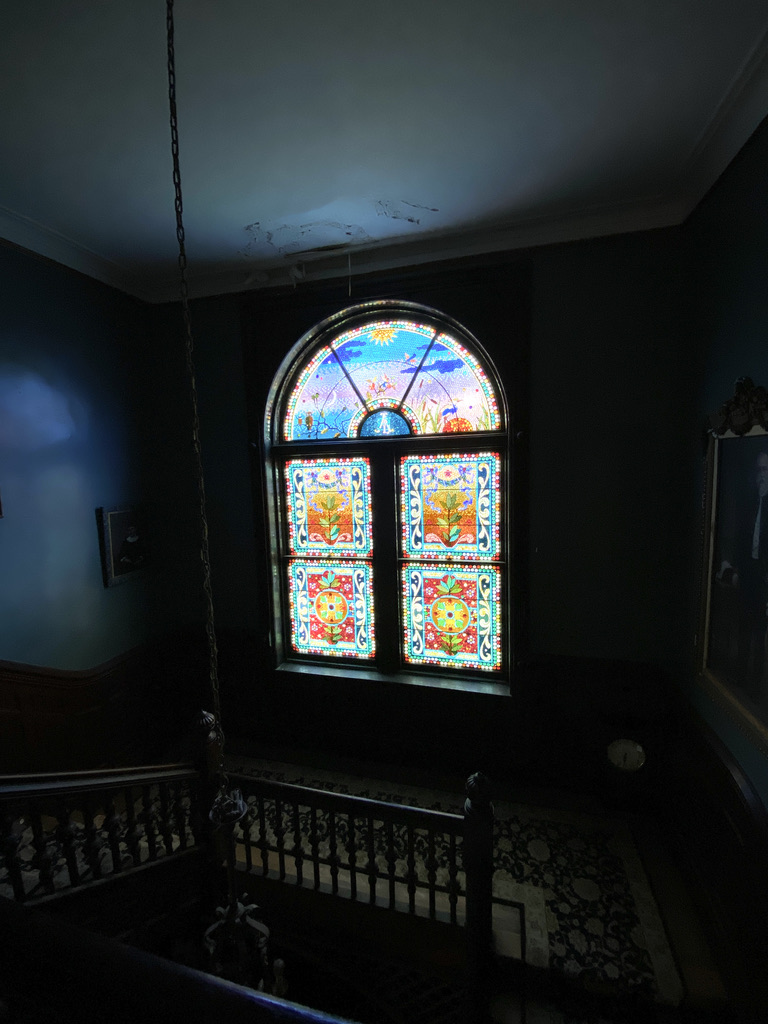 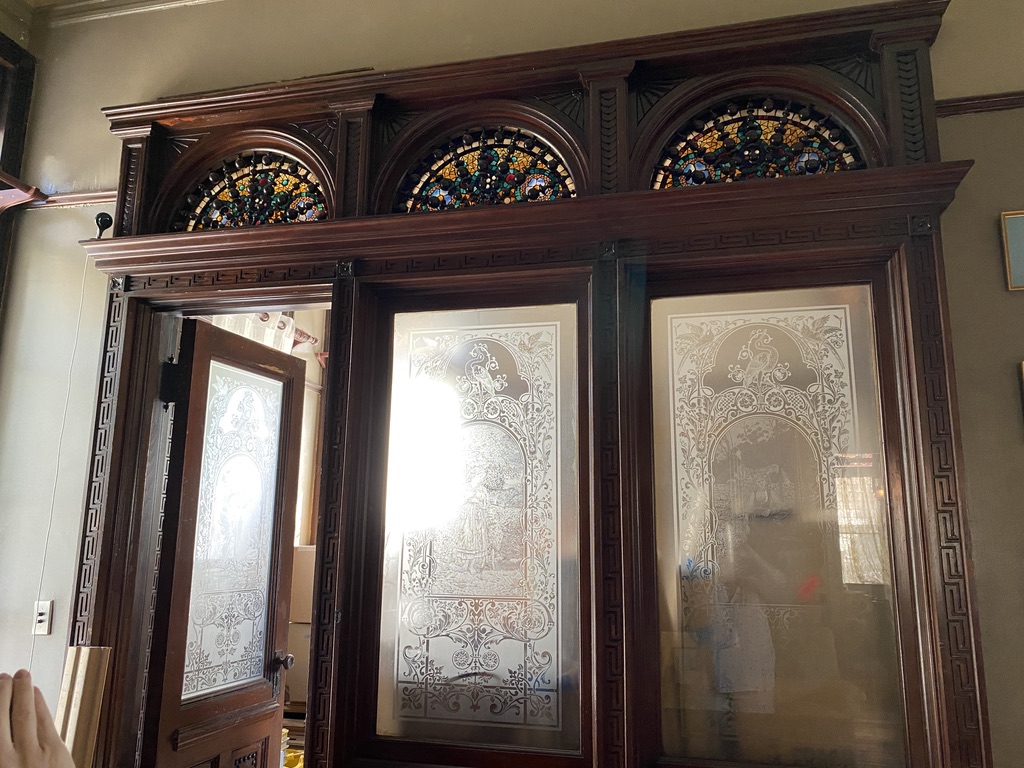 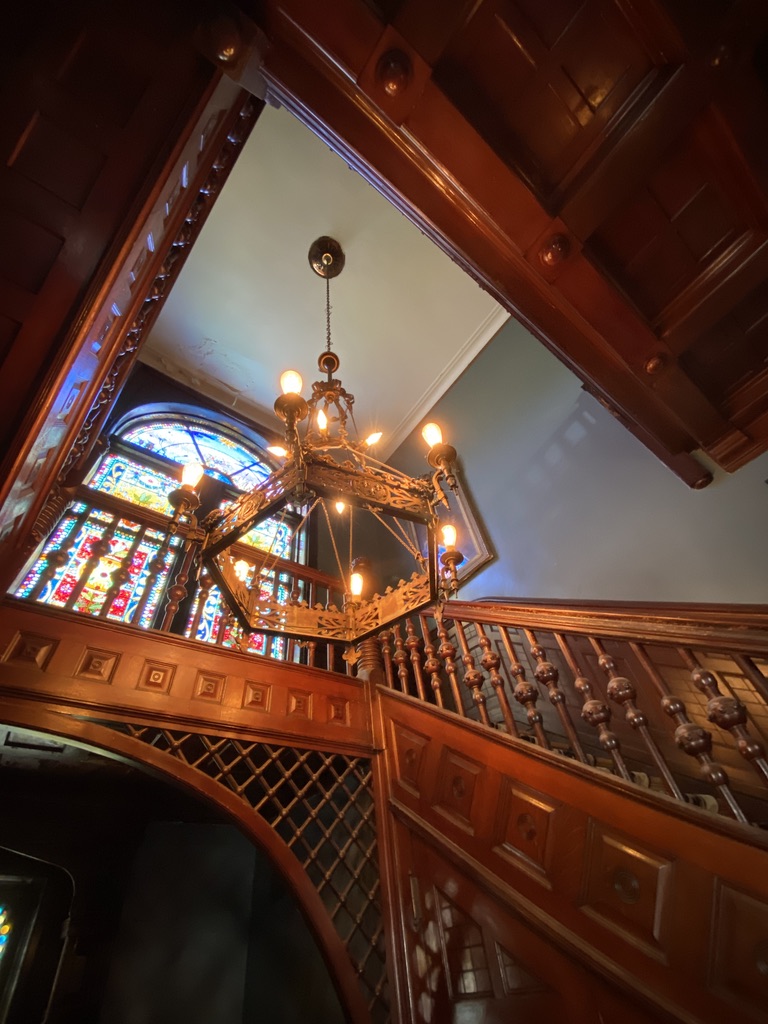 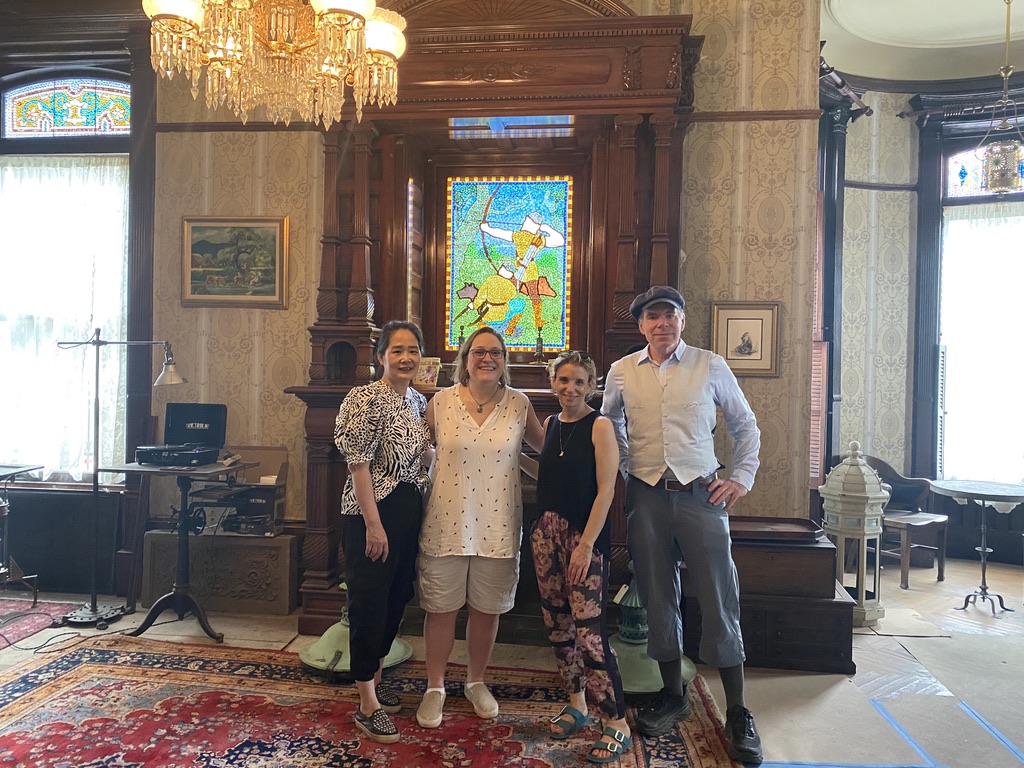 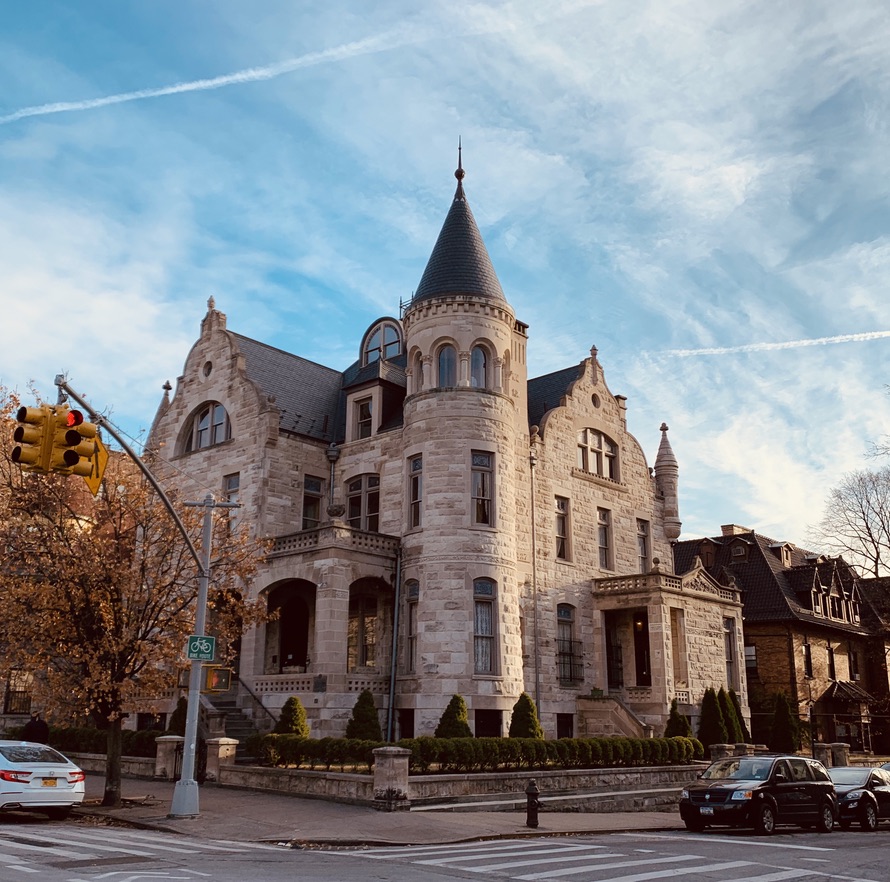 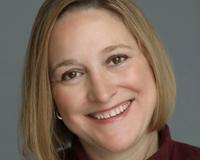 I am thrilled to join Wright Bros as a new member of the Nyack community. After spending most of my life working as a Head Electrician on Broadway, I discovered through buying and selling my own prop....

2 comments in this topic

Want to Advertise on this Site?

Are There More Homes Coming to the Market?According to a recent survey from the National Association of Realtors (NAR), one of the top challenges buyers face in today’s

Why It’s Critical To Price Your House RightWhen you make a move, you want to sell your house for the highest price possible. That might be why many homeowners are eager to list in’

I don't know about you, but the mere thought of being in a corn maze gives me an anxiety attack! But, for those who are interested, there are a couple mazes within an hour drive of Nyack. They are:

Fall is my favorite season in Nyack and everywhere else. The cool, crisp air and the fresh apples have always been the best parts of the season for me. And, now I've learned how to make my own Apple

By registering, you agree to our terms of use and that real estate professionals from Wright Bros. Real Estate and lenders may call/text you about your inquiry, which may involve use of automated means and prerecorded/artificial voices. Message frequency varies. Text HELP for help or STOP to cancel. You don't need to consent as a condition of buying any property, goods or services. Messages/data rates may apply. Additional information about data use is in our privacy policy.